A Brief and Interesting History on Laurita Winery and Inn 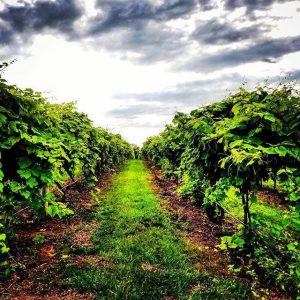 As Ray Shea first walked the 250 acre property that included a dairy farm in New Egypt, New Jersey with its fertile, sandy soil, he noticed a rise sloping sharply toward a drainage basin.  He then began comparing characteristics of the property with knowledge he had recently acquired about ideal growing conditions for grapes. “I remember pointing, ‘That’s where the pond is,’ said Mr. Shea, a property lawyer. “That’s where the vineyard is. That’s where the winery should be. I learned that through my feet. You don’t totally understand a piece of property through your head and eyes. You have to use your feet.” Mr. Shea bought the land in 1990. 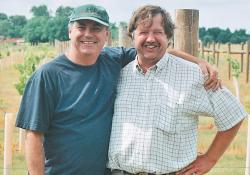 In 2002, they renovated and opened Dancer Farm Bed & Breakfast, a circa 1837 historic home. In June 2011, Mr. Shea and Mr. Johnson renamed their Bed & Breakfast to the Inn at Laurita Winery. The Inn shares the same land, a half a mile down the road from the Winery. Ray and Randy spent many years collecting antiques that embellish the history of their unique property.

Their current Innkeeper, Janis Bonavito, is the former owner of the popular American Bakeshop’s Daily Grind and Savory Café in Ocean Grove, NJ. She brings her years of experience in the hospitality industry (along with her acclaimed baked goods of course!) with her to the Inn. Janis also operates The Spa at the Inn at Laurita Winery, located on the Inn’s property. She is known for her attention to detail when it comes to insuring her guests are happy and relaxed. Janis and her team at the Inn make your stay a memorable one, whether it’s a girls weekend away or a romantic getaway.

Traveling to the Inn and Winery is a serene ride, as you’ll pass the numerous produce stands and farm lands that dot your route.  We hope to see you soon.

Sharing the property with the winery is the Inn at Laurita Winery, a newly restored and renovated farmhouse. The Inn offers the rustic appeal and setting of the original homestead as well as the elegance of designer appointed guest rooms with the comforts of modern amenities.

Full service massage and spa services are available to Inn guests and the public at our on site Healing Spirits Spa.

Visitors staying at the Inn are welcome to take riding lessons or go for trail rides at our Laurita Equestrian Center which is also located on the vast domain and is a popular draw for visitors to this wine resort destination.

Come discover our wondrous haven once and you will return time and again bringing friends, families and associates to share in memorable moments inspired by the unique and fascinating experience that is Laurita Winery.